He has played all over the world including the Montreux Jazz Festival and headlining the HIFA music festival in Zimbabwe with New Orleans trumpeter Abram Wilson. His credits also include guitar for Jess Glynne, the biggest selling UK female artist of 2014 and playing the iTunes Festival in London with Rudimental which featured on BBC Radio 1 Live Lounge. 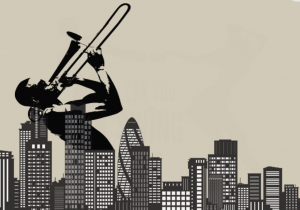